Over 30 years of sales, training, and management success 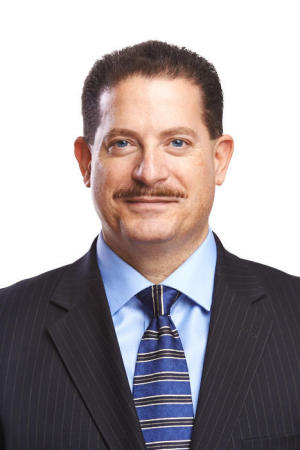 From selling seeds to winning prizes as a young boy, to fundraising door to door in college, to a career in professional selling and management, one might say that selling is "in his blood."

Kevin has been involved in almost every aspect of sales and sales management throughout his career. His experiences range from small private companies, to family run businesses, to the corporate setting where he has successfully sold both products and services. He is a former business owner, industry leader and constant overachiever, having earned numerous sales awards including Producer of the Year and Top Account Executive, and holds two yet unbroken company records for Highest Weekly Sales and Highest Quarterly Sales.

A natural leader and motivator, Kevin has served as President of his college fraternity, President of a statewide trade association and company President, and is very active in the business community. He currently serves as a deacon in his church, is a youth football coach, and is Vice President and a member of the Board of Directors of Parkway Pop Warner Football and Cheerleading. Kevin is the current Chairman of the Board of the Neponset Valley Chamber of Commerce, where he also serves on the Executive Committee. He is a frequent featured speaker at numerous business and industry events and has served as a Judge for MIT Sloan School of Management’s ‘International MBA Sales Competition’. In January, 2014 Kevin was named the Neponset Valley Chamber of Commerce 2013 Business Person of the Year, and in July, 2014 Kevin was named a Paul Harris Fellow by the Neponset Valley Sunrise Rotary Club in appreciation of his contribution and service to the Club and Rotary International.

Kevin's honesty and forthrightness, together with his ability to inspire and lead, has allowed him to coach and train sales "rookies", mid-level managers, and seasoned executives to new levels of success that have consistently exceeded expectations.

Kevin hails from the University of Massachusetts at Amherst, where he majored in Electrical Engineering. He is an accomplished singer and trumpeter, the proud father of two boys who love football and baseball (a college student and a US Marine), two girls who love softball and football (a recent college grad and a college student), and the devoted husband of the biggest Red Sox fan he has ever met.

Favorite Quote: “The only person holding me back is me.”

Interesting Fact: As a member of the University of MA Minuteman Marching Band, Kevin marched in Ronald Reagan’s Inaugural Parade. He also marched twice in the same parade - in the Holyoke, MA St. Patrick’s Day Parade he marched with the Minutemen, then he and two other members were shuttled back to the starting point, underwent a uniform change, and marched with the Rhode Island Matadors Drum and Bugle Corps.

“I already had a successful small business. However, working with WINNING, Incorporated helped me literally double my business, profitably, in the first year."